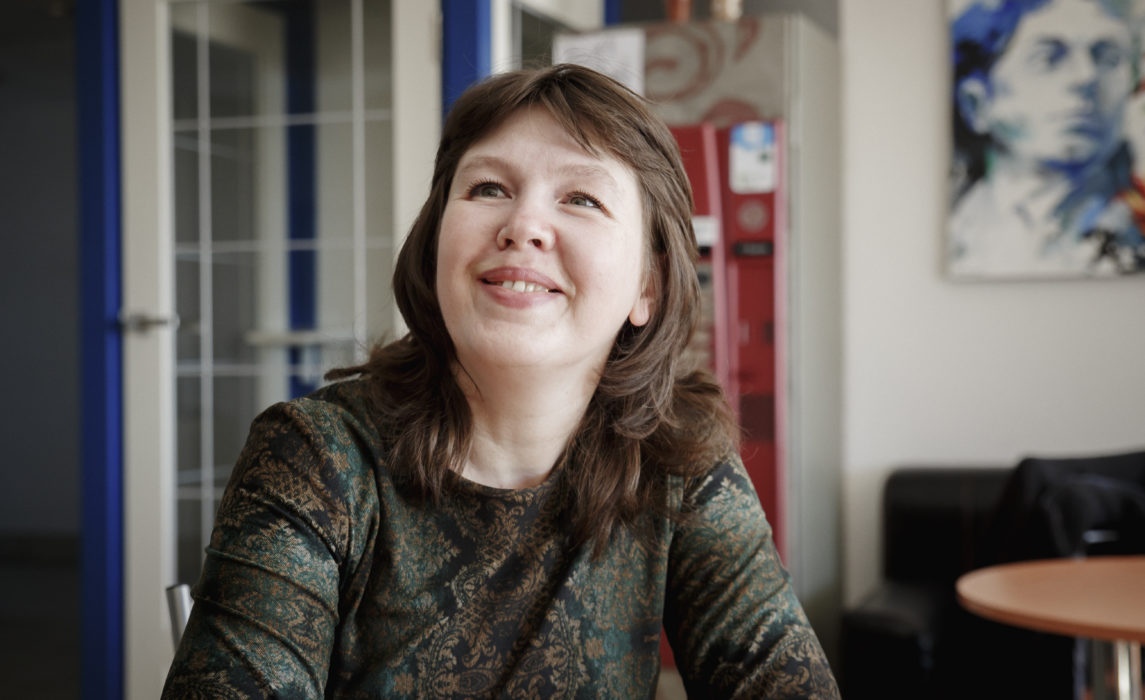 Brussels, June 28, 2022 – Today, the Tent Partnership for Refugees (Tent), a network of over 250 large companies committed to integrating forcibly displaced people round the world, has launched the Sunflower Project – a pan-European initiative focused on accelerating the inclusion of tens of thousands of Ukrainian refugee women across the continent through better access to work.

Five million refugees from Ukraine are currently displaced. Many — at least one million Ukrainian women — are likely to remain displaced in Europe over the coming years, even if Russian violence subsides.

European Commissioner for Home Affairs, Ylva Johansson, said: “Until now, the focus of the response to the war in Ukraine has been primarily humanitarian. With no end to the war in sight, it’s now critical to address how displaced Ukrainians can get livelihoods. The Temporary Protection Directive gives those fleeing from the war the right to work in the EU. As the majority coming from Ukraine in this crisis are women and children, this initiative can broaden opportunities for women to have a job in the EU.”

Starting with 18 anchor companies – Accenture, The Adecco Group, Coca-Cola, Deloitte, Generali, Hilton, ISS, KontoorBrands, LinkedIn, ManpowerGroup, PepsiCo, Randstad, Royal FrieslandCampina, SAP, Swarovski, Tata Consultancy Services (TCS), TTEC, and Visa – and looking to enrol many more, the Sunflower Project will enlist companies to undertake activities in a number of areas, including direct hiring into companies’ workforces; training and upskilling programs; mentoring; remote freelance work opportunities; and other wrap-around support. In the coming months, Tent will work with companies to develop specific programs, and to announce public commitments, in these and other areas in support of Ukrainian women.

Hamdi Ulukaya, CEO of Chobani – a major U.S. food company – and founder of Tent, said: “The heartbreaking events in Ukraine have mobilised so many of us – individuals, governments, and businesses – to support Ukrainians in need. But as attention on the crisis starts to fade away, this is the time to step up and redouble our efforts. I call on companies to join us, and help give Ukrainian women a chance to provide for themselves and their families.”

Ukrainian women can bring critical value to companies. A recent survey showed that around two-thirds of Ukrainian refugees are mothers with higher education degrees or highly qualified specialists from sought-after professions. However, according to research published late last year by Economist Impact and sponsored by Tent, refugee women face “double discrimination” when seeking jobs and a number of hurdles — ranging from a lack of understanding of the local labour market, through to lower proficiency in the local  language, a lack of access to social and professional networks, and higher childcare and domestic burdens.

Chris Heutink, Executive Board member at Randstad, headquartered in the Netherlands, said: “Randstad has a longstanding commitment to help connect refugees to jobs. We’re proud of our work to support displaced Ukrainians across the world  – so many of whom are women – find a way to make a living. We’re thrilled to join this initiative and pledge to play our part in helping make a meaningful difference to refugees’ lives.”

Jean-Marc Ollagnier, CEO Europe, Accenture, said: “Businesses have a key role to play in supporting refugees as they rebuild their lives, and by joining this initiative, we can foster collaboration across Europe, scale initiatives and accelerate the much-needed access to livelihood opportunities for Ukrainian refugees. Accenture has been supporting refugees for many years and we have already mobilised to address the humanitarian crisis in Ukraine and those being displaced. ”

Bruce Roch, Head of Inclusion & Diversity of Adecco, said: “The Adecco Group is proud to partner on this initiative that supports Ukrainian refugee women to work in Europe. This opportunity underpins our direct support of Ukrainian refugees this year, as well as our support of all refugees. We truly believe that the current skills shortages combined with need for resilience in organisations means refugees can contribute with their talent – and also build great professional opportunities.”

To shape the programme, Tent will be working with Impact Force – a leading Ukrainian NGO focussed on behaviour change, social impact, and creating economic opportunities – and other Ukraine-focussed organisations to ensure the voices and needs of Ukrainian women are reflected in the initiative. Tent will also leverage its close relationships with over 80 refugee-serving organisations across the continent and will work with many others that support Ukrainian refugee women.

About the Tent Partnership for Refugees
With more and more refugees displaced for longer periods of time, businesses have a critical role to play in helping refugees integrate economically in their new host communities. The Tent Partnership for Refugees mobilises the global business community to improve the lives and livelihoods of more than 36 million refugees who have been forcibly displaced from their home countries. Founded by Chobani’s founder and CEO Hamdi Ulukaya in 2016, we are a network of over 250 major companies committed to including refugees. Tent believes that companies can most sustainably support refugees by leveraging their core business operations – by engaging refugees as potential employees, entrepreneurs, and consumers. Tent has produced several guidebooks to advise companies on how to hire and support refugees across Europe, which can be found here. Find out more at www.tent.org.